From Inside the Cage - After the Fight 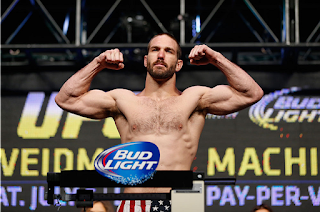 I asked former UFC fighter and three time Legacy middleweight champ Bubba Bush to write how he feels after a fight. I figured he'd detail sore muscles, stitches and the ilk. Nope. He went straight for the heart of it. I like that about him. He's completely honest. What he detailed, in his words, is "a lot more mental insight than physical but it all ties together and honestly I think that's the part they (writers) are probably needing more, whether they realize it or not."

He's right. I think we can more easily grasp the physical effects than what churns through a warrior's head once the battle field is quiet.

Four scenarios are listed for us and the subsequent emotions/thoughts for each.

Easy Fight and Win:
The night of the fight is the hardest here. You've trained for months, been disciplined etc. made the sacrifice and got the payoff. And the payoff was everything you wanted it to be, and yet somehow, it wasn't. It's a little hollow. You've had your hand raised, you've had the adrenaline dump, all the sincere congratulations as well as the half hearted required ones, and now you've gone back to your hotel room to be alone and reflect with yourself...and you realize how you actually feel about it. That's where the hollowness creeps in. Immediately the self doubt: did you take too easy of a fight? Did you get lucky? You weren't even able to use much of what you did in training. Did you over train? Will the fact that you may have over trained and worked harder than you needed to pay off in the next fight, or maybe you'll remember this moment and let yourself slip on the next one and then disaster will be your payoff.

You feel anxious because you didn't get to spend all the 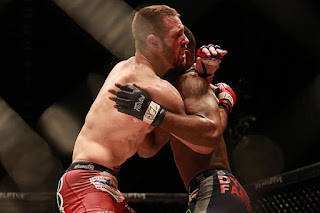 nervous energy you built up. You're body has pumped adrenaline and all manner of hormones into your system for days now and you've ridden the excitement and now it's just you and there is nothing to do with it. You endlessly replay the fight in your mind to no avail. You've probably had caffeine or alcohol or sugar or something else that you haven't indulged in for months and that's another physical sensation you aren't used to and you don't know what to do with. (Inevitably I'm up until 4-6am, lying in bed, staring at the ceiling, or my phone.) You wish you could spar, but knowing you shouldn't even if you could.

Physically you're exhausted still, but a little jumpy/twitchy. Any aches and pains you have are so muted by the victory and the ease of it you don't even let yourself regret them. But you worry they may limit your training next week and you're quick to ice them and make peace. Victory is sometimes the best medicine.

Hard fight and Win:
Everything above except it's the culmination of everything you've feared planned for hoped and prayed for, for months. You can't describe the feeling in words because it's not something you've ever experienced before, and it's not something 99% of the population could relate to even if you could - like hitting a home run. But hitting it when your entire life was on the line.

You start to feel alone, then good about yourself even in the isolation. You're still so pumped with adrenaline that you have to wonder which muscles are actually pulled, and how bad they will be. Which bruises will linger. You love the tingle of every pain because every small pain is a cost you paid and reminds you of what you bought: Victory and immortality in that no one can ever take that victory from you. You celebrate the soreness and pain like it was your goal and you achieved it. That moment. 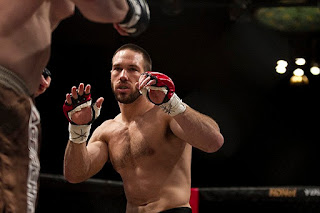 Then, you worry because you realize how fleeting it is and that the moment you've experienced it, it's already over and behind you. You try not to think about the next fight and just let yourself enjoy and experience the true rapture of achievement. But like before, you constantly fear the next battle and coming up short - partially because you're so banged up right now you couldn't put on half the performance you just did in this moment. You feel weak, exposed, yet invincible. Again, you don't sleep. But you're not restless. You're calm. Because everything is how it should be.

You may also, if you're in a lot of pain, have some questions. Why do you do this and should you do this and was it worth it? But, you can't even think the questions through before answering "yes" and knowing that because 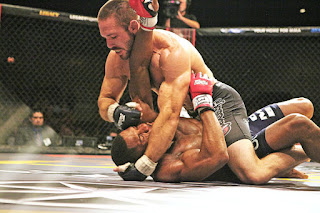 you won it's all worth it. This is probably the only few seconds in a man's life where he doesn't doubt himself. Where the evidence of your capability is so strong that it momentarily overwhelms the last recesses of your mind where the self doubt lives. You've never known who you are more fully than this moment.

Easy Fight and Loss:
Like an easy fight you won, except without the victory to make the pain ok. Now every ounce of leftover energy is working twice as hard to get out and pretend in can rectify the past. There is no solace no control no appeasement. You can't sleep now because you're mind is working so hard to fight off the self doubt and battle it at every turn that you can't stop running or you'll be crushed.

Eventually, you run your mind in oblivion and confused exhaustion enough to drift off without having settled or figured out anything. You may go workout to tell yourself you're at least working towards setting things straight and fixing the issue. Trying to give your mind one hat peg to hang a good thought on. All the things you denied yourself for months offer no pleasure. Food, alcohol, company, caffeine, medicine. It's all grey and empty. If anything, it makes you mad and regretful that things are trying to offer pleasure in the face of such a miserable void.

Hard Fight and Loss:
Gut wrenching and soul sucking. Every pain reminds you that you are a loser. Not enough. That you've wasted months of your life and let everyone you love down. Perhaps easier than losing an easy fight because at least you can divorce yourself so far from reality in an attempt to not think about it that you have periods of relative normalcy.

But for weeks you feel like a fraud. No matter what you're talking about, in the back of your mind you're only thinking about how you're not enough, and a fraud (even if you know it's not true, you can have that conversation too and sometimes be distracted from the world around you by it). If you spent every last drop of energy you had that at least helps. You can reason with yourself that they aren't just better than you, but that you failed in your training. The aches and exhaustion at least offer some pleasant experience in that you've stressed your fabric, pushed your limits. You'll be a better person when you wake up (physically. mentally.) for having done it so it's not a total loss. Just 99%.

Every time you move your neck a tingle of electricity shoots down your entire arm to your fingertips. A pinched nerve. You worry that it will never go away and ask yourself was it worth it if it never does, then try to assure yourself that you're in the throws of disrepair and that eventually homeostasis will return. The small things are the worst. A jammed finger that reminds you it's jammed with every movement. Or a pulled back that won't let you toss and turn without mental fortitude, which you are practically out of. 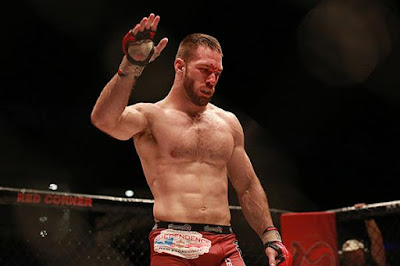 You made it as far as you did by promising yourself that as soon as it was over you wouldn't have to hold yourself together anymore or be mentally disciplined. But you want to with all your heart because you know it's a long road ahead. And you have to tell yourself to wait. Always to wait. The body has to heal before a strong mind will help you. The strong mind would just a be a horse rearing against a bit until you finish recovering anyway. 1000 times a day, like waiting for water to boil, you have to tell yourself to be patient. That this isn't over.

Talk to your corner...