Would You Kill A Robot? 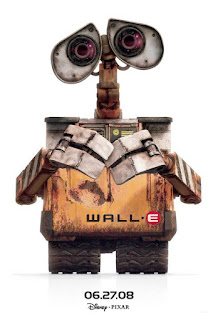 In the post  Fighting Robots we looked at ways to best a robot. The goal, of course, being either to thwart the thing or kill it. I got a lot of great feedback on that post and have mentored plenty of authors in ways to kill various and sundry robots. But then I listened to a podcast that made me realize something. How to kill a robot is only part of the problem. The greater issue might be, would we?

If you don't listen to Hidden Brain, you should. It's an amazing podcast. This particular episode discussed what we learn about our humanity from machines. And it does examine the issues of "killing" a robot. To give it a listen, choose the pic.

It seems a silly, but part of the problem is a word used in the dilemma itself: kill. See, you can’t kill what isn’t alive. We can destroy the robot or abort its function. We can just turn the sucker off. But, the moment we use the word kill, we’ve anthropomorphized the thing. We’ve assigned human qualities to something that isn’t. And once we do that our behavior toward that non-human thing gets tangled up in our humanity.

Now, before you think that this post is completely crazy, consider the things in your home that you address as if they were a person. We humans love to do that. We seek our own kind among what certainly isn’t. We yell at our TVs, beg our cars to start, I say "thank you" to both Siri and Alexa. And, of course, we have conversations with our pets who absolutely do not understand us. Sorry, it’s true. The average dog understands about 165 words, an African gray parrot about a thousand. Nobody is really sure how many cats understand as they refused to participate in the survey.

We humans seek connections with humans so much that we will assign human traits to what isn’t. When we do that, we invest in that thing emotionally –  to a certain extent. It is so common an occurrence that a popular auto insurance company used the phenomenon in a commercial. The female character mourns her wrecked car. She doesn’t want another car because, “nothing can replace, Brad!” Brad being what she calls the car.

This attachment goes far beyond cars, all the way to the battlefield, in fact. Explosive ordinance robots have become far more common in battle and thankfully so. The work of these bomb detonating machines saves human lives. But, what Dr. Julie Carpenter, PhD. Ed. found is that  soldiers value these robots so much the operators of them begin to see the machines as extensions of themselves. And, it’s not just the operators, the other soldiers do as well. Troops have noted that they can tell who the operator of the robot is based on the machine’s movements. It’s as if the robot has a certain way of doing things. Or, as we humans would say of each other, it has a personality. 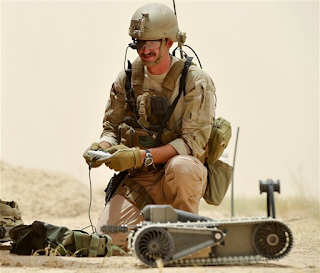 When these EO robots have been destroyed in battle soldiers have been known to have funerals for them. (Don't believe me? Choose the pic for an NBC News article) The troops even noted having a sense of loss. It could be that they have an awareness that were it not for the hunk of metal the funeral might have been for a comrade. The funeral might have been for them. So, that loss they feel is very real because they are not only mourning the loss of a sort of mascot and pet, they are grappling with how much worse it all could have been were the robot not there to take the hit for them.

So, what does all this have to do with us as writers? Well, if you are a sci fi writer and  robots appear in your work, you need to be aware that your human characters will form an attachment to them. And that robot does not have to be an android. It can be as mechanical in form as R2-D2 or an explosive ordinance robot.

And what does that have to do with FightWriting? Your character may hesitate in fighting and killing a robot. Not because they feel the machine will overpower them, but for 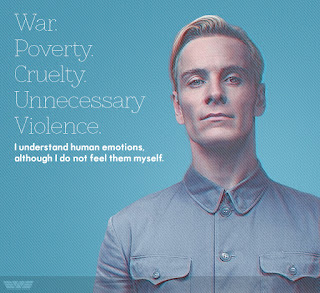 the simple fact they see it as killing. Which begs the question, what if they don’t hesitate? What if your character has no issues killing an android or BB-8 or Wall-E? (Only a monster would kill Wall-E!) Well, that’s a whole other problem not so unlike someone who has no issues killing someone’s pet. And we will examine that problem in another post.

Until then, get blood on your pages! Or, whatever it is inside your robots!

Now, for your viewing pleasure, here are some of the best movie robots of all time. Yes, Mecha-Godzilla is in it!